The wing gate close and open by the flap arm extended or retracted into the chassis. Therefore, the width of the casing needs to be increased while the flap arm is widened. Increasing the width of the chassis affects the overall appearance of the machine and increases the design difficulty of the appearance and internal structure. The double tractable flap barrier is generally designed with a folding wing structure to increase the width of the channel without increasing the width of the chassis and can realize an ultra-wide channel without affecting the appearance of the whole machine.
The handicapped flap barrier is a gate whose blocking body is a double retractable wing, and the folding wing is also called a composite wing and adopts a structural design of overlapping door wings. The folding wing has a two-stage structure. During the operation of the door wing, the first flap arm extends or contracts back from the chassis, and the secondary flap arm extends or contracts from the first flap arm to the first flap arm. The retracted movement of the two-stage door wing is synchronized.

The soft arm flap turnstile is made of a metal material and is wrapped with a fireproof PU on the outer layer of the metal skeleton. It is a combination of a metal skeleton and a fireproof PU. From a safety point of view, the folding wings generally use soft wings. Compared with the hard wing, even if the soft wing is hit in the pedestrian, the pain is lighter and will not cause too much damage to the pedestrian. However, the soft wing has a high loss rate for outdoor use, and it is recommended to use a canopy for shielding.

Compared with the single-wing retractable flap barrier, the folding arm flap barrier load is larger, the mechanical structure is more complicated, and the implementation is more difficult. The technical difficulties are mainly concentrated on the movement structure design, the movement control and the slow expansion of the folding wing. The folding wing gate is widely used as an ultra-wide passage for people carrying luggage, wheelchairs, pushchairs, and is suitable for a variety of indoor and outdoor venues. 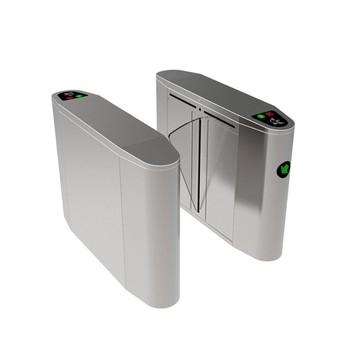 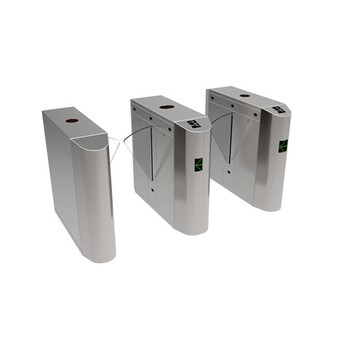 Get in Touch with us

Send Us an Email

Fill out more information, We will get back to you within 24 hours.